Local primary school children took to the water this week thanks to the efforts of the former Mayor of Pendle.

At the beginning of this year, the recently-retired Councillor for Higham & Pendleside, James Starkie, set himself a challenge – to lose weight and climb Pendle Hill by the end of his Mayoral year in May, raising money for local children who needed additional help with learning to swim, to spur him on.

He also raised over £2,000 which has allowed Pendle Leisure Trust to run two, four-day crash courses at Pendle Leisure Centre in Colne and Pendle Wavelengths in Nelson this week. Year 5 and 6 pupils from every primary school in Pendle were offered a place on the courses, in a bid to hopefully help them achieve National Curriculum standard.

Mr Starkie said: “I’m really pleased to see these youngsters taking up their crash course swimming lessons. My hope is that they, and the other children doing the courses, will continue to see the benefits of being able to swim.”

Claire Drane, whose daughter Keavy is taking part in the lessons, added:

“My daughter has always been scared of water and struggles with swimming - she even dreads bath time! But she’s done so well on the crash course lessons this week. The teachers have been really supportive and have encouraged her and helped her - it’s given her a real confidence boost.”

Mr Starkie has been supported in his campaign by Melanie Goodship, whose 17-year-old son, James, died after drowning at Foulridge Reservoir in June 2014. He had been playing on a raft with friends and got into difficulties trying to swim back to shore.

He said: “I’m particularly pleased that Mel Goodship, whose son is the reason for the ‘Swim 4 James’ campaign, is able to be here too – she’s been a fantastic support. There’s still a little money left in the pot for further water safety and other activities too.”

Melanie says what the Mayor has done is fantastic, adding: “I cannot stress enough the importance of learning to swim and understanding water safety, especially at this time of year.

“Swimming is an essential life-saving skill and it is imperative all children know what to do if they – or someone else - gets into trouble in the water.” 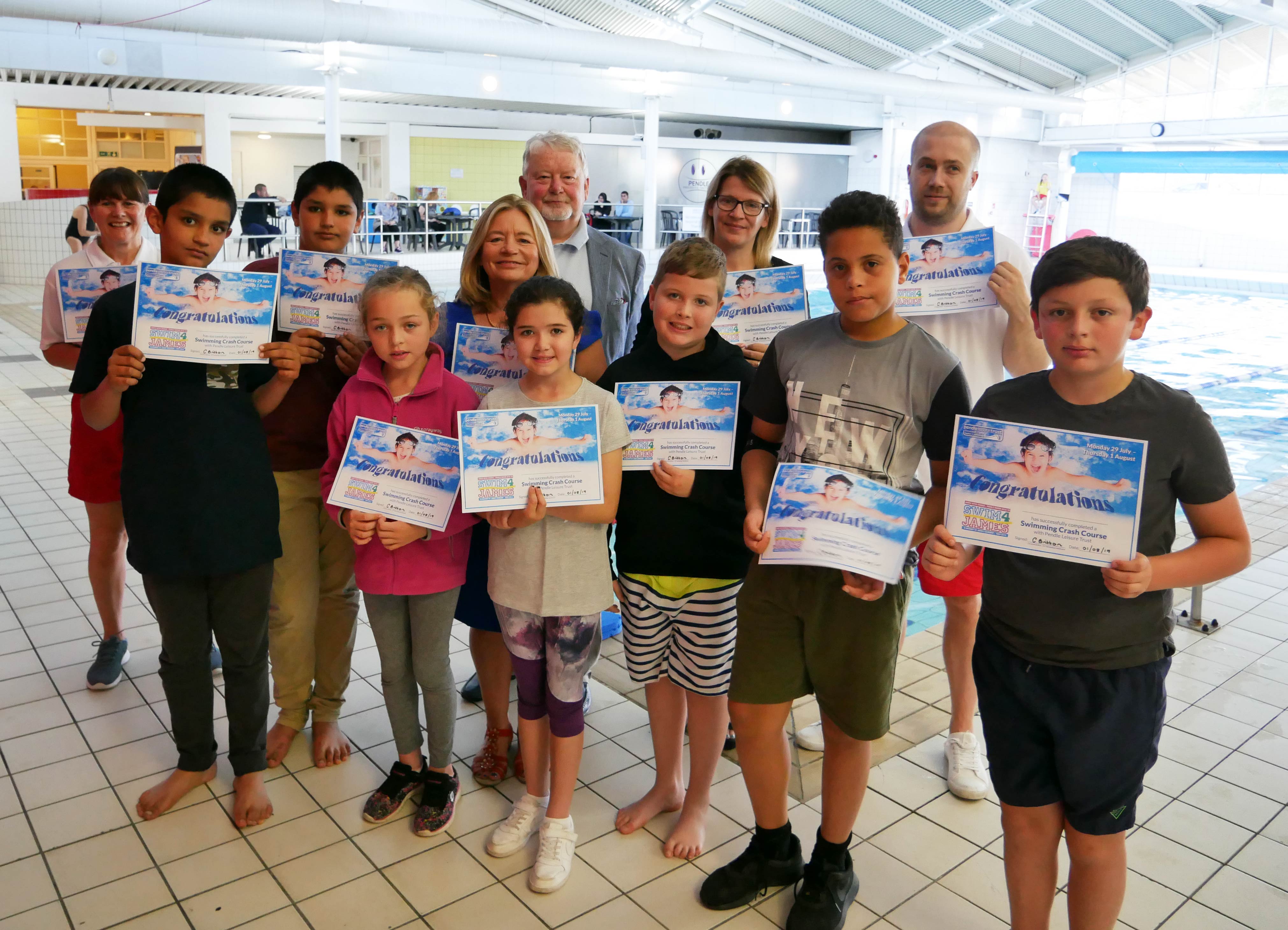